Huge pension fund deficits are a global crisis in waiting

In the past decade, the banking industry has been a central focus of attention for regulators, academics and the general public. The 2007-08 financial crisis led to new regulations and institutions to keep things in check.

In contrast, the issues of the pension industry have tended to be swept deep under the carpet. Much the same way that people think about retirement saving – that it can wait for another day – we are now beginning to see how much of a mistake this is.

The pension industry is already in a deep financial crisis and could well be the trigger for another global financial and economic meltdown. This has largely been overlooked. Instead, it has been common to only discuss the pension industry in terms of the problems arising from ageing populations (which is, of course, also important).

While the recovery of many countries’ equity markets from the massive decline in 2007-09 may appear to look like good news for pension funds, it has not benefited the industry anywhere as near as much as you might expect. Many pension funds moved away from equity investments, increased the share of bonds in their portfolios and missed out on high returns. For example UK pension funds decreased their portfolios’ equity share from 61% in 2006 to 29% in 2017 and increased the bond share from 28% to 56% over the same period.

The net effect is that the pension industries in many countries are in a bad way. According to a Citibank report from 2016, the 20 largest OECD countries alone have a US$78 trillion shortfall in funding pay-as-you-go and defined benefit public pensions’ obligations. This shortfall is far from trivial. It is equivalent to about 1.8 times the value of these countries’ collective national debt.

Private pensions are not any more sound. US private pensions, for example, have (across the board) only 82% of the funds necessary to meet their liabilities. That equates to a US$3 trillion shortfall. Given the importance of the US economy and its financial markets to the global financial structure, this should not be taken lightly.

The UK pension industry is in no better position. Its overall funding level was only 67.7% in March 2017, equivalent to a £736.2 billion deficit.

To put these figures in context, let us recall that the market capitalisation of the big banks before the financial crisis was small compared to the size of the pension fund deficits. For example, in 2007, the peak market capitalisation of the Royal Bank of Scotland and of Lloyds Banking Group were £64 billion and £33 billion respectively. Yet by the end of 2009 the British government had to inject £850 billion in a rescue package to save the UK bank sector from collapsing.

So why is pension underfunding a global problem, rather than one faced by individual providers or countries? The simple answer is the unprecedented scale of the deficits and the number of economically important countries caught up in the problem.

Scratch a little deeper and there are additional, compounding problems. The pension industry is complex – it is globally interconnected and is tied into very long-term obligations. Yet tackling the problem at a global level is hard because of the significant diversity in countries’ regulatory and political regimes.

Plus, the industry often faces much lighter regulation than the banking and the insurance sectors, although it also suffers from moral hazard and the “too-big-to-fail” syndrome where it won’t have to pick up the pieces if things fall apart.

Making things worse, companies are opting to minimise their risks and are selling their pension obligations to insurance companies. Between 2014 and 2016, in the UK alone, £68 billion worth of pension liabilities were passed from companies to insurers. As this interconnectivity of the pension industry with the global insurance industry grows – the chance of a system-wide collapse increases.

The economic consequences of these sell-offs could be significant. When a company sells its pension obligations to an insurance company, it must pay substantial transfer fees – often exceeding 30% of the fund’s total value. This could otherwise be spent on things such as investment and research and development to improve productivity, which has already been low for years.

It is also not obvious what effect these transfers will have on people’s retirement income, as it is not clear how much regulatory protection they will have once sold off. For instance, the transfer of Barclays’ pension obligations of its 284,000 members to its high-risk division means that the pension assets will not be ring-fenced after 2025. Given that the insurance market already faces huge problems of its own (such as from climate change), this lumps a lot of pensions together with another at-risk industry.

So, this whole issue needs ratcheting up the global regulatory agenda. If regulators do not step in soon and firmly, it will once again be taxpayers who have to come to the rescue.

This article was originally published on The Conversation. Read the original article.

Final salary pension schemes promise to pay benefits into the future (their liabilities).  To pay for those benefits they invest money 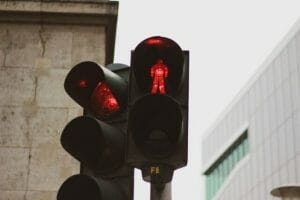 Proof for a pension transfer gets more stringent