Now harder than ever to transfer a UK pension

It’s never been harder to transfer a UK pension to New Zealand. Over the last three years UK government agencies have put up consistent barriers to stop the outflows of UK pensions to overseas schemes (QROPS). Some barriers have been direct, like the shutting down of pension transfers out of public sector schemes like the NHS, teachers, civil service and armed forces pensions. But recent changes have been more stealthy and directed at final salary scheme pensions. So why is this happening? What is happening? And what should you be doing about it?

The Financial Conduct Authority (FCA) has a firmly held belief that no-one in the UK should ever transfer out of final salary pension scheme, ever, end of story. They are not interested in whether the companies running these schemes can meet the obligations that they have promised staff. They are not interested in people’s individual circumstances. They simply believe that no one should transfer.

Last year the FCA implemented a system that that requires a special sign-off to be given on final salary pension transfers. So anyone who wants to transfer one on these pensions needs to get UK FCA approved advice sign-off. There are not a lot of providers of this advice and it is expensive (over £1,500). Adding to that is the fact that this advice is entirely irrelevant to most people as the basic premise of the advice is that you are living in the UK and subject to UK tax rules, inflation rates and no exchange rate exposure. Well when you live in New Zealand other variables are actually more important to you, like the exchange rate, New Zealand tax rules, and the potential effect on your New Zealand superannuation of having a UK pension. So despite the fact that the advice might be completely irrelevant you are still required to get it in order for a transfer to occur.

Despite, this additional layer of cost and complexity pension transfers out of final salary schemes have not stopped, much to the dismay of the FCA. So for round two the FCA have issued notices to all the providers of the advice stating that they will be investigating them, we believe with a view to slowing down or stopping their advice.

So with the FCA’s focus on stopping pension transfers in full swing, UK pension providers have joined the game. They are now introducing second, third and fourth steps to transfers (whereas it was previously one simple step). Average transfer times have blown out to around 6 months now, and a lot can change in six months.

Our analysis of over 4,000 pension transfers over the last four years shows that average transfer times have increased with most UK providers. This is highlighted in the graph below, which shows over the last three years alone the average time to transfer has increased by over 35%. That means from the point that you decide you want to transfer and complete your transfer forms it takes on average 67 days before the money arrives in your chosen New Zealand scheme.

So understanding your situation is key

To show how why it is important to review your UK pension let’s look at the example of Jenny a 55 year old British expat. Her previous employer provided a final salary scheme pension with them offering £5,000 a year from age 65. If she leaves the pension in the UK she will declare the pension in her NZ tax return and pay tax in NZ so she will get say £3,500 a year after tax (increasing by inflation each year).

Jenny has been offered a pension transfer value of £125,000, that means the UK scheme will send that amount to another scheme which can then be invested until Jenny’s retirement. As Jenny has only been in New Zealand 3 years, there would be no tax to pay on the transfer to New Zealand. Furthermore, if Jenny’s invested her funds and by 65 they might be worth just over £200,000. At age 65 Jenny could be taking the equivalent of £7,000 a year from the fund without diminshing the capital balance which she could pass on tax free through her estate. What’s more Jenny would have way more exchange rate control. So because of Jenny’s personal tax circumstances (she is in NZ and not the UK) and the high transfer value on offer she would be better off with a transfer to New Zealand.

Now while this is an example, it shows the importance of understanding your individual circumstances, and continuously assessing your situation. Why? Because Jenny was a teacher and she can’t transfer her pension anymore and so has lost out on doubling the amount of money that she would have received in her retirement. 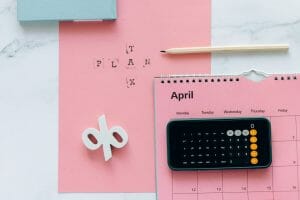 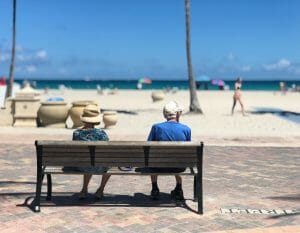